Taiwan, overjoyed by a native uo making the Australian Open doubles final, said on Friday it will use their success to promote tennis.

Chan Yung-jan and Chuang Chia-jun lost the final in three sets to Cara Black of Zimbabwe and Leizel Huber of South Africa in Melbourne, but advancing into the decider marked the best Grand Slam result for Taiwan players.

The Chinese Taipei Tennis Association has planned a string of activities to celebrate Chan and Chuang's success - welcoming them at the airport when they fly home, promoting tennis among young players and inviting Russian top star Maria Sharapova to visit Taiwan.

"Sharapova is discussing the visit scheduled for the year-end with Taiwan sponsors. The appearance fee for her is 400,000 US dollars," association secretary-general Hsieh Shih-wei told Deutsche Presse-Agentur dpa.

Hsieh hoped that Chan and Chuang's place in the Melbourne final will spur the Taiwan government to do more to promote tennis.

"By holding one of the four Grand Slams, the host city can make 100 million US dollars," he added, referring to Wimbledon, US Open, French Open and Australian Open which make up the Grand Slam.

The Beijing Tennis Centre has a 10,000-seat indoor central court and six outdoor courts. Since 2004, China has been holding the Beijing Open in September every year.

"Chan and Chuang's showing up at the award-presenting ceremony in the Australian Open is a big victory for Taiwan. It is a victory of our sports diplomacy," the sports commentator of the cable TV channel TVBS shouted.

Taiwan, formally called the Republic of China, is recognized by only 24 mostly-small nations.

To show that Taiwan is part of China, not a sovereign country, Beijing has required Taiwan athletes to attend international sports events under the name of Chinese-Taipei rather than Taiwan.

To protest this, Taiwan athletes and spectators often carry Taiwan's national flag to the venues of sports events to tell the world that Taiwan is not part of China. 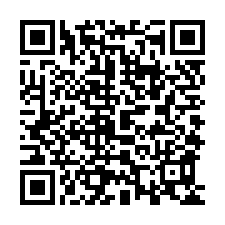